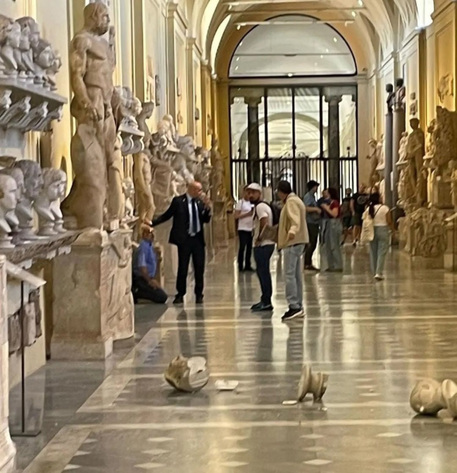 (ANSA) - ROME, NOV 30 - A 65-year-old male US tourist of Egyptian origin who damaged two Vatican Museum busts last month risks trial after police on Wednesday said they had wound up their probe into the October 5 incident, judicial sources said.
The tourist, who knocked over the ancient Roman busts in an apparent fit of anger, risks a jail term of two-to-five years.
The sculptures were lying on two shelves inside the Chiaramonti Gallery.
The man, who was agitated and reportedly said he wanted to talk to Pope Francis, tried to escape but was caught by Vatican gendarmes, arrested and taken to a police station to be questioned. (ANSA).