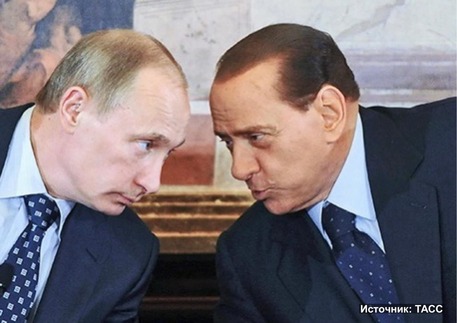 (ANSA) - ROME, SEP 22 - Russian President Vladimir Putin was pushed by pro-Russian separatists in the Donbass and the Russian media and people into war in Ukraine, ex-premier and centre-right Forza Italia (FI) party leader Silvio Berlusconi told Italian TV Thursday.
The billionaire media magnate and old friend of Putin's, who has condemned the war, told Porta a Porta that the separatists came to Moscow and told the media that Ukraine's attacks had reaped 16,000 deaths and Putin was doing nothing to defend them.
"Putin was pushed by the Russian population, by his party and by his ministers to invent this special operation", said the three-time former prime minister.
"So the troops were supposed to enter, reach Kiyiv in a week, replace the Zelensky government with decent people and a week later come back.
"Instead they found an unexpected resistance which was then fed by arms of all kind s form the West.
"The war has lasted more than 200 days, the situation has become very difficult, I feel ill when I hear of the dead because I have always believed that war is the greatest madness of all".
(ANSA).