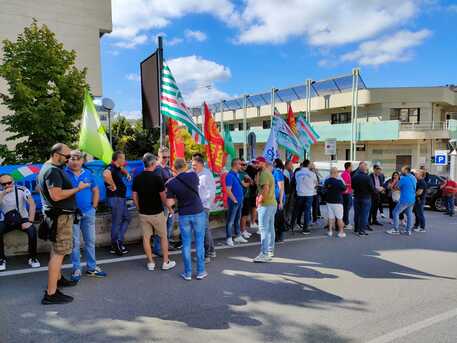 (ANSA) - ROME, SEP 9 - Over nine million people in Italy are in serious difficulty when it comes to employment, according to a report released on Friday by the Di Vittorio Foundation of the CGIL trade union.
The report said that in 2021 16% of the population were jobless, far higher than the official unemployment rate of 9.5%.
This is because the official rate only includes people who are actively looking for work, while the foundation also counted many other groups of people who are inactive on the labour market and jobless, such as those who have given up hope of finding employment.
It said, therefore, that almost 4.3 million people were jobless in Italy last year and only 2.3 million of them were officially considered unemployed.
The report said there are another 4.9 million people were in employment difficulty even though they have a job, such as those on part-time contracts who want full time ones and many of the people in temporary jobs, for an over total of 9.1 million.
(ANSA).