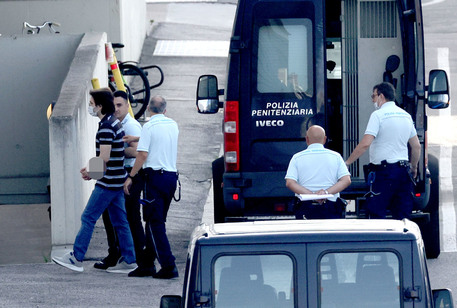 (ANSA) - ROME, JUL 4 - A northern Italian man, his former girlfriend and his former lover were indicted Monday for the murder of the two women's mother, a former traffic cop.
Mirto Milani and sisters Paola and Silvia Zani are accused of killing 52-year-old ex traffic warden Laura Ziliani on May 8 last year at Temù, a village in the Alta Valle Camonica north of Milan.
They have been charged with complicity in aggravated premeditated murder and disposing of a body.
Zilan's body was found in a local river last August.
MIlani reportedly told a cellmate Zilani was poisoned with a drug-laced muffin but did not die.
Paolo Zani then tried to strangle her to no avail and MIlani tried to suffocate her with a plastic bag but she may have been still alive when they got rid of the body.
The trio's trial begins on October 27.
They have confessed to the murder. (ANSA).