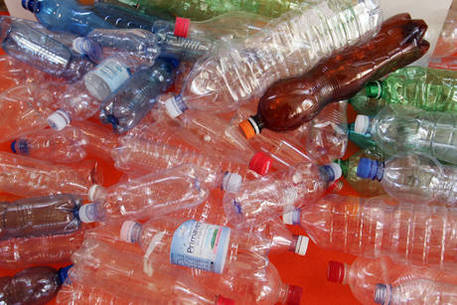 (ANSA) - BRUSSELS, APR 27 - A new European study has said that Lombardy and other highly urbanised areas - such as Berlin, ×le-de-France, Madrid and Zürich - should accelerate efforts to make better use of their trash.
The study by the Circter project, conducted as part of the ESPON European cooperation programme specializing in regional analysis, said these were the regions with the highest proportions of waste generated compared with material consumed.
"The presence of a dense socioeconomic fabric and the lack of primary raw materials might favour the deployment of circular economy strategies based on the valorisation of produced waste," it said.
Analysing the data for material consumption and waste generation, together with new indicators focusing on the sectoral aspects of a circular economy, the researchers identified several different territorial models of circular-economy development in the EU.
The characteristics of a region and the different combination of socioeconomic factors (such as the density of population and of businesses) along with the availability of natural resources, often determine the framework conditions of circular systems - the models of business and consumer behaviour and solutions to transform waste into resources, the researchers explained.
So it was shown that local economies with a greater availability of natural resources are assets for circular bioeconomy initiatives.
The cross-border area of central Scandinavia is an excellent example of this type of territory.
The Norwegian regions of Innlandet and Viken and the Swedish regions of Dalarna and Värmland, which are among the main suppliers of timber not only to Norway and Sweden but also to foreign markets, have set the ambitious goal of becoming the leading area for the forest bioeconomy.
As for Lombardy and other densely populated areas that do not have an abundance of raw materials, it is fundamentally important to implement initiatives aimed at waste prevention and modifying consumer behaviour.
Another case is that of Estonia.
The study shows that the high level of waste produced in this country, which can be considered a low-density region, is mostly explained by the nature of the national economy, as it is strongly reliant on oil shale.
Indeed, the researchers wrote that Estonia generates 35 times the EU average of hazardous waste per capita, 98% of which comes from oil shale combustion and refining.
As a result, the transition towards a circular system should focus on reducing the generation, and increasing the reuse, of such waste in order to improve environmental quality throughout country and particularly in the mining region of north-eastern Estonia. (ANSA).