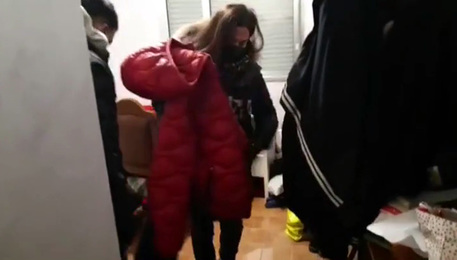 (ANSA) - ROME, JAN 11 - Police on Tuesday searched the homes of 18 youths suspected of being involved in the sexual assault of nine women in Milan's Piazza Duomo on New Year's Eve in three separate incidents.
Gangs of youths allegedly assaulted the young women during celebrations for the new year in the iconic Milanese square outside the city's cathedral.
The case has echoes of one which occurred in Cologne in 2016.
Three of the suspects are minors.
Tuesday's raids took place in the Milan and Turin areas.
The investigation coordinated by Milan prosecutors is based on surveillance-system videos, the accounts of witnesses and the victims, and analysis of social-media posts.
"I hope they find them and that justice is done for us and all of the other girls that were molested that night," one of two German women who were victims of the assaults told ANSA. (ANSA).