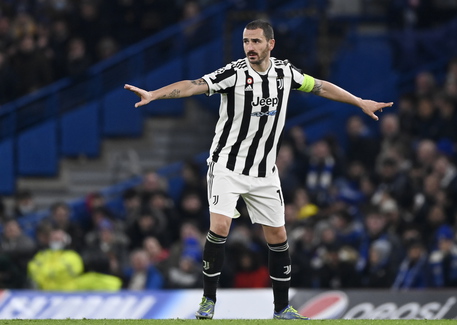 (ANSA) - ROME, NOV 24 - Juventus have no excuses for Tuesday's 4-0 rout at Chelsea in the Champions League, defender Leonardo Bonucci said on Wednesday.
Despite the defeat at the home of the holders, the Turin giants are still sure to reach the last-16 of the competition.
They are second in Group H with one game to go, level on points with leaders Chelsea on 12.
"Heavy defeat. Zero alibis," Italy centre back Bonucci said.
"Now let's look ahead. Saturday we have another important match".
Juve, who are in eighth place in Serie A, entertain fourth-placed Atalanta in the Italian top flight on Saturday.
The Bergamo side were also in Champions League action on Tuesday, drawing 3-3 at Young Boys.
They are third in Group F with six points, four behind leaders Manchester United and one behind second-placed Villarreal.
(ANSA).