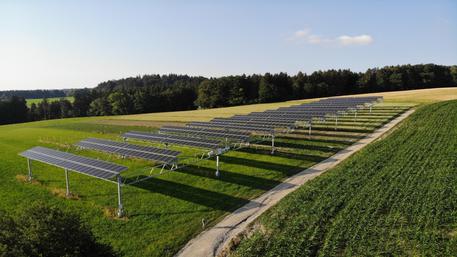 (By Alessandra Briganti) (ANSA) - BRUSSELS, NOV 9 - Cohesion policy has an immediate impact on the Green transition in Europe's less developed regions, while its effect on setting political priorities is marginal and limited in more advanced ones, according to the results of the 'Locate' study done as part of the ESPON research programme specialized in regional analysis.
In both cases, the success of the use of European structural funds depends on the coherence of European, national and regional policies, the study said.
Specifically, the researchers compared the EU funding programmes of 2007-2013 and 2014-2020, focusing on the financing of projects and measures that promote the Green transition.
The researchers observed that EU policies stem from guidelines and stimulus, while the impact on the ground depends largely on national and regional actions.
In the 2014-2020 period, for example, the EU introduced minimum quotas for Green investments: 20% of the European Regional Development Fund for more developed regions, 15% for those in transition and 12% for the less developed ones.
This change enabled countries such as Poland, Bulgaria, Romania, Slovakia, Croatia, Latvia and Lithuania to double the funding devoted to the environmental transition, although in percentages terms the EU's more developed regions financed more Green projects and measures, in particular France, Italy, Germany, the United Kingdom and Austria.
According to the researchers, the difference regards the national strategies implemented for the Green transition, which reflect the States' different economic and energy structures.
National policies are of the utmost importance to implement effective strategies to transition towards a low-carbon-emissions economy, the researchers wrote.
If actively pursued and directed towards the future, these strategies can contribute to 'Green growth' in a significant way.
Finally, the impact of cohesion policy and, in particular, funds for the Green transition, varies according to the level of the development of the EU regions and their governance.
The less developed regions are benefiting in a significant way from the allocation of funds for the transition.
The researchers observed that, in these regions, cohesion policy has an immediate impact as it sets where and how to allocate local, public or private funding.
Inversely, in more developed regions the importance of cohesion policy resides in the setting of the priorities of the political agenda and in the promotion of more rigorous and effective energy strategies. (ANSA).