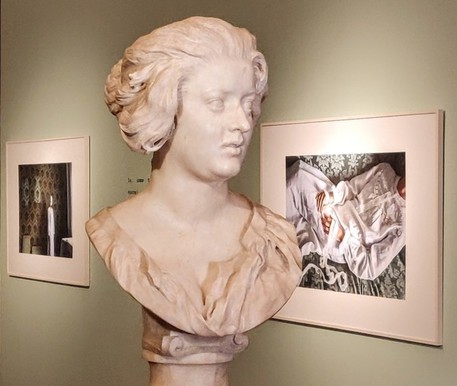 (ANSA) - ROME, NOV 3 - A marble bust of his lover which Baroque genius Gian Lorenzo Bernini defaced after discovering she had betrayed him with her brother has gone on show in Florence's iconic Uffizi Gallery amid contemporary works on acid-attack victims.
The bust of Roman noblewoman Costanza Piccolomini Bonarelli, disfigured in a fit of jealousy by the great 17th century sculptor after he discovered her relationship with her brother Luigi, is on loan from another Florentine gallery, the Bargello, after being restored by the Uffizi.
It is being shown along with photos of women who were disfigured with acid by their exes, taken by Italian photographer Ilaria Sagaria.
The show, titled "Pain Is Not A Privilege', runs till December 19.
Bernini paid no penalty for defacing his work while Costanza was punished with a four-month stay in a convent.
Uffizi Director Eike Schmidt said "we view the work not only as a masterpiece by one of the greatest Baroque sculptors, but also as a reflection of the heinous violence of the strong against the weak".
Sagaria said "through these women's testimony I reconstructed a tale that managed to bring back these moments of pain without making a spectacle of them".
She said her photographs "focused on the psychological aspects and the concept of identity". (ANSA).