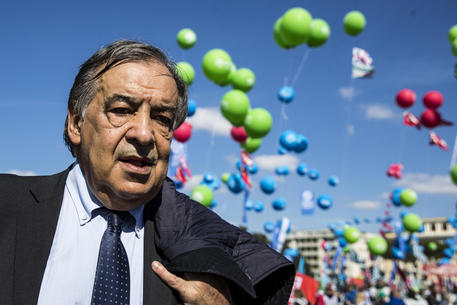 (ANSA) - ROME, OCT 21 - Palermo Mayor Leoluca Orlando is among 24 people under investigation for alleged falsities in the city's balance sheets, daily newspaper La Repubblica reported on Thursday.
Finance police are investigating alleged irregularities in the city's balance sheets between 2016 and 2019.
The suspects also include former members of the city executive and council managers, according to the report.
La Repubblica said that the suspects had been notified that the investigation had been concluded, a step that frequently comes before prosecutors request indictments. (ANSA).