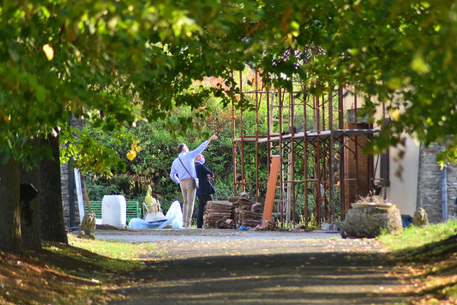 (ANSA) - BOLOGNA, OCT 1 - A worker fell to his death after the roof of the building he was working at Opera outside Milan on gave way on Friday, the 15th workplace accident fatality in Italy in the last four days.
Industrial employers federation Confindustria chief Carlo Bonomi said "they can't keep on dying at work, prevention is needed".
A farmer was crushed to death when his tractor overturned in Abruzzo on Thursday, the 14th death in three days.
Gabriele Grosso, 72, was killed instantly at Mosciano Sant'Angelo near Teramo.
Earlier, another farmer working his hazelnut plot at Roddi near Cuneo met the same fate.
Also Thursday, a 56-year-old construction worker died in a 10-metre fall from scaffolding on the roof of a building near Reggio Emilia The accident happened in the hamlet of Borzano, part of the town of Albinea.
A man was crushed to death by a truck near Verona Wednesday night, the 11th workplace death in Italy in two days, officials said Wednesday.
The man died instantly at Cologna Veneta, they said.
Five men were killed on the job in Italy on Wednesday after six on Tuesday.
Job death data on Thursday belied the recent spate of workplace-accident deaths that Premier Mario Draghi has dubbed a massacre.
The glut of deaths Tuesday and Wednesday spurred Draghi to announce immediate and stiffer penalties for those flouting work safety standards.
But workplace accident insurance agency INAIL said workplace accident fatalities actually fell, by 6.2% to 772, in the first eight months of the year.
However, reports of all accidents on the job rose 8.5% to 349,449 from January to August compared to the same period last year, INAIL said. (ANSA).