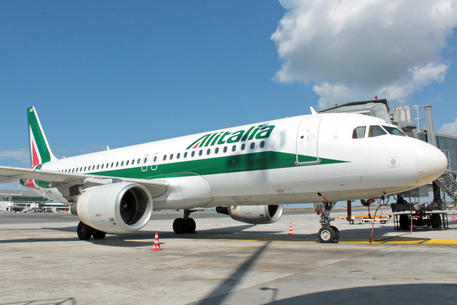 (ANSA) - ROME, AUG 24 - ITA, the new slimmed-down incarnation of national flag carreir Alitalia, will start operations in mid-October with 2,800 employees handling the aviation activities, a number that will go up to a maximum of 5,750 by the end of its current business plan in 2025, he company told trade unions Tuesday.
ITA will complete the purchase of Alitaia's aviation assets after talks with unions have ended, but not before September 7, the company added.
ITA, which stands for Italia Trasporto Aereo, expects to be fully operational from October 15.
The first flights of the new smaller airline will leave on that date, it said last month.
Transport Minister Enrico Giovannini said: "with ITA a new important Italian airline is born, with significant growth prospects, and which will be able to compete on the national and international market".
ITA will start out with a fleet of 52 aircraft, which will go up to 78 in 2022 with the arrival of new-generation aeroplanes, according to the new company's industrial plan.
The fleet will further increase to 105 aircraft by the end of 2025, including 81 new generation aeroplanes (77% of the fleet) to reduce the airline's environmental impact and boost efficiency.
The company will also introduce a new labour contract aimed at giving it greater flexibility and competitiveness.
It aims to break even by the third quarter of 2023.
Its hubs will be Rome Fiumicino and Milan Linate airports.
It will start out with 45 destinations and 61 routes and this will go up to 74 destinations and 89 routes in 2025.
Its long-haul destinations in the IATA Winter 2021 season will be New York (from Rome and Milan, and Tokyo Haneda, Boston and Miami (from Rome).
In the ITA Summer 2022 season there will be new flights to Sao Paulo, Buenos Aires, Washington and Los Angeles.
The loss-making former flag-carrier has been in extraordinary administration for years and the pandemic made its plight even worse.
The European Commission asked Rome to show there would be "discontinuity" to give the green light to the launch of ITA, a new State-controlled company.
A European Commission spokesperson said Brussels will "remain in close contact with the Italian authorities to ensure that the launch of ITA as a vital, new market player is in line with the EU laws on State aid.
"Italy has reassured the European Commission that, at the end of the Alitalia operations, passengers' rights will be protected," the spokesperson added.
Italian trade unions said the new airline was "born weak" and its business plan was "unacceptable".
ITA got its license to fly last week.
Civil aviation authority ENAC granted ITA its certificate as an air operator (COA) and its license to exercise air transport.
(ANSA).