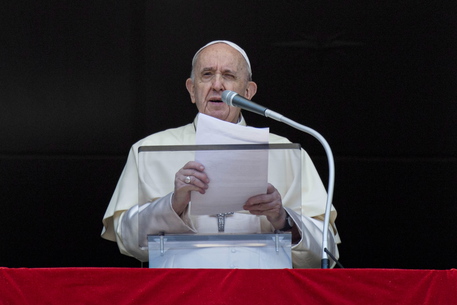 (ANSA) - VATICAN CITY, AUG 23 - Pope Francis on Monday removed a Spanish bishop who stirred controversy by saying homosexuality was linked to "an absent paternal figure".
The move follows Francis' removal last week of a Brazilian bishop over a gay video.
The pope accepted the resignation of Mons. Xavier Novell Gomà, bishop of Solsona in Catalonia.
The 52-year-old bishop, who also courted controversy with statements in favour of Catalan independence, was replaced by mons. Romà Casanova Casanova, bishop of Vic near Barcelona.
Gomà became Spain's youngest bishop when he was appointed in November 2010, at the age of 41.
In May 2017 he was declared persona non grata by a local town because of his comments on the alleged causes of homosexuality.
This past May he had to be escorted out of a church because of a protest by LGBT activists, after refusing to retract his 'absent father' thesis.
Last Wednesday, on the other hand, the pontiff removed a Brazilian bishop after a video surfaced in which he is seen semi-naked with another man.
Msgr Tome' Ferreira da Silva was replaced as bishop of the Sao Jose' do Rio Preto diocese by Msgr Moacir Silva, archbishop of Ribeirao Preto.
Msgr Ferreira, 60, has admitted the video is his but has declined to comment on the content.
Soon after his election in 2013, the pope famously replied "Who am I to judge?" when asked about gays.
But Catholic doctrine that active homosexuality is a "disordered" state and a sin has remained unchanged. (ANSA).