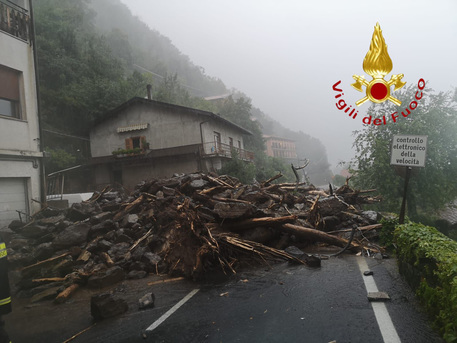 (ANSA) - ROME, AUG 17 - The overwhelming majority of Italian people are aware that the climate crisis is close to the point of no return and want action to avert this, according to a major study of G20 countries released on Tuesday.
Most Italians also recognize the value of protecting nature, although only a small proportion are aware of the profound changes that are needed in order to avert an environmental catastrophe, said the survey produced by Ipsos MORI for the Global Commons Alliance.
"Four out of five people (79%) in Italy recognise that Earth is close to tipping points. This is higher than the average for G20 countries," Owen Gaffney, the lead author of the report entitled 'The Global Commons Survey: Attitudes to planetary stewardship and transformation among G20 countries', told ANSA.
"And almost nine in ten people in Italy (86%) are willing to do more to protect nature and the climate, again higher than the G20 average.
"67% of Italians believe the benefits of protecting nature outweigh the costs.
"But just 6% of people in Italy are aware of the scale of the transformation required in the next decade to protect climate and nature for the long-term," added Gaffney, who is also the director of communications for the Global Commons Alliance.
"Italians want a new economic model," he said.
"Nearly four out of five Italians (77%) support a move towards a well-being economy that prioritises human well-being and sustainable use of natural resources, rather than a singular focus on economic growth.
"Almost three quarters of Italians (73%) feel the UN should be given more power to protect the global commons".
Italy currently holds the duty presidency of the G20 and has asked the Global Commons Alliance to present the findings of the study to the G20.
"It is critical that leaders wake up: people are very concerned for the future and disillusioned with an economic system that is crowd funding environmental catastrophe," warned Gaffney.
The survey was carried out by in April and May, 2021 - before the release last week of the IPCC's sixth assessment report, which said huge reductions in greenhouse gases this decade were the only way to avert a full-blown climate breakdown.
The Global Commons Survey said that 83% of people in G20 countries are willing to do more to become better "planetary stewards" and protect and regenerate the global commons - the natural resources we all need to survive and thrive, including the ocean and freshwater, the climate, biodiversity, forests and wetlands.
People in developing economies showed greater willingness to do more to protect nature and climate than those in advanced economies: Indonesia (95%), South Africa (94%), China (93%) compared with Japan (61%), Germany (70%), and the United States (74%).
"The world is not sleepwalking towards catastrophe," said Gaffney.
"People know we are taking colossal risks, they want to do more and they want their governments to do more". (ANSA).