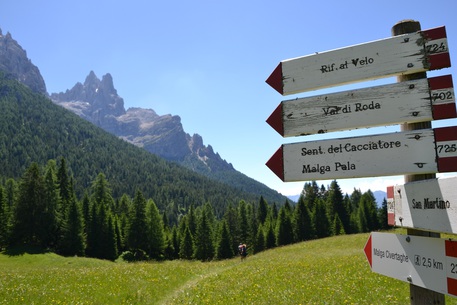 (ANSA) - ROME, JUL 23 - If there is one lesson that the COVID pandemic has left us it is the importance, if not the urgency, of making our territories resilient. But what is the state of health of the regions in Europe? We get the picture from an ESPON study programme survey devoted to the quality of life in the Old World.
In particular, the researchers tried to gauge the territorial quality of life (TQoL), or "the capacity of human beings to survive and develop in a determined place", thanks to the social, economic and ecological conditions that characterise them. In order to measure the TQoL, the researchers used a series of indicators, grouped into three spheres - personal, socio-economic and environmental - and three dimensions, factors that facilitate the quality of life, subsistence and human growth.
The results, the researchers have explained, reflect to a certain degree a "centre-periphery model", with the countries of northern Europe heading the standings of the territories with the highest quality of life. In particular, the TQoL challenge has been won by Norway, Sweden, and Iceland, as well as Denmark and Finland. The so-called "blue banana" countries also did well, or rather the swathe of high economic development in western Europe, especially the regions in southwest Germany, western Austria, the Netherlands and the United Kingdom.
This is also the case for several Mediterranean regions, including Liguria, Friuli and Trentino in Italy, Slovenia, Epirus and western Macedonia in Greece; and the Rhone Valley, the Alps and Occitaine in France. On the contrary, the regions with a low quality of life are to be found mostly in central and eastern Europe and in large areas of the Mediterranean region, including the Mezzogiorno in Italy.
One of the dimensions where we see most differences between the areas observed is that relating to 'subsistence', with the regions of eastern Europe and the Balkans penalized by low life expectancy and a high mortality rate due to murder and road accidents. In general, the tendency is to observe high performances where GDP is higher, which translates into a greater availability of services, infrastructures, accommodation, and hospital facilities.
Better the north than the south, then, and better town than country, with some exceptions: in some zones, even the rural and intermediate regions register good overall performances, pulled up by excellent scores in environmental indicators. This is the case of the Ardège region, just south of Lyon, and Cantabria, in northern Spain. A high quality of life, finally, has been observed in many border European regions such as Bratislava-Vienna, Genoa-Savoy, and Zagreb-Maribor-Graz. (ANSA).