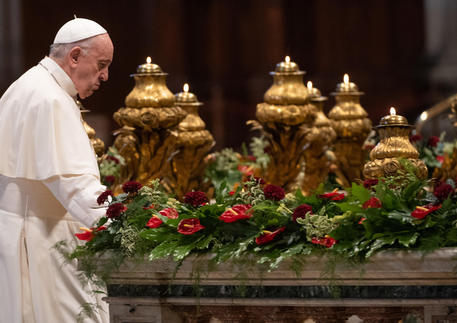 (ANSA) - VATICAN CITY, JUL 16 - Pope Francis on Friday banned the celebration of Mass in Latin and according to rites predating the Second Vatican Council from parish churches across the Catholic world.
Latin Masses where the priest stands towards the altar rather than towards the faithful will henceforth be banned in those churches, the pope said in a Motu Proprio order.
Francis wrote to the world's Catholic bishops saying the situation with old-style, pre Vatican II rites "pains and concerns me".
He said the "pastoral intentions of my predecessors, aimed at a desire for unity, were often gravely flouted". (ANSA).