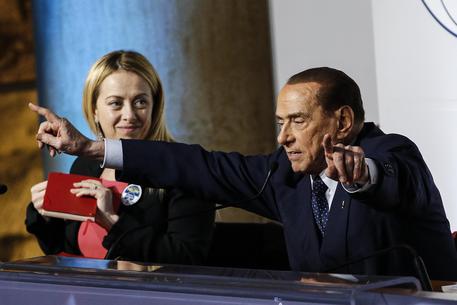 (ANSA) - ROME, JUN 3 - Former premier Silvio Berlusconi is on the mend after suffering a bout of severe 'long COVID' symptoms, the no.2 in his centre-right Forza Italia (FI) party, ex-European Parliament president Antonio Tajani, said Thursday.
An interview to his Il Giornale newspaper Wednesday in which he "broached all the major pending issues" showed the media mogul-turned-politician was feeling better and was as ever essential to the centre right, Tajani said.
Berlusconi, 84, who had a heart valve replaced in 2016, said his experience with COVID last September was "the worst and most frightening in my life".
The three-time former premier and media mogul caught the virus in Sardinia from his friend and fellow billionaire businessman, ex-Benetton and Renault F1 boss Flavio Briatore.
The Mediaset empire owner spent a week in hospital last month with a fever due to a COVID vaccination and the lingering effects of his bout of the virus, and has been reported as still being seriously ill even after he left the Milan clinic.
Milan prosecutors have requested that Berlusconi's case in the so-called Ruby Ter and bunga bunga perjury trial be separated from those of other defendants because the ex-premier is "seriously ill".
But last week a Milan judge turned down the bid despite appeals from both the defence and prosecution.
All defendants will go forward together, the judge ruled, with the next hearing being on September 8.
The defence said that the ex-PM's health conditions continued to be "severe" and he faced "a not brief prognosis" due to long COVID.
The prosecution also said the media mogul had "pluri-pathologies", was in a "chronic" state, and was suffering psychiatric and neurological symptoms that merited "attention" from the court.
But Tajani told journalists Thursday: "As you have seen, he is better, yesterday he g ave a wide-ranging interview where the put Forza Italia back at the centre of the political debate. He is slowly recovering, he still has to be looked after at home for a few days, but he has restarted his political activity".
(ANSA).