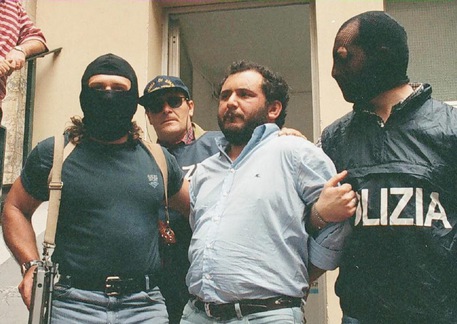 (ANSA) - ROME, JUN 1 - The release from jail of Mafia boss Giovanni Brusca, one of Italy's most notorious mobsters, has caused dismay among relatives of the victims of Cosa Nostra, politicians and the public at large.
"It is a punch in the stomach that leaves you breathless," Enrico Letta, the leader of the centre-left Democratic Party (PD), told Rtl 102.5 radio on Tuesday.
Brusca, 64, was released from Rome's Rebibbia prison on Monday after 25 years in jail, having served all but 45 days of his sentence.
Among other things, Brusca set off the explosive that killed anti-Mafia prosecutor Giovanni Falcone in 1992.
He also had Giuseppe Di Matteo, the teenage son of a mafia informant, strangled and dissolved in acid.
Brusca was arrested in May 1996 and sentenced to life for over 100 murders, including that of Falcone, his wife Francesca Morvillo and three police officers in May 1992.
But he was eligible to serve a fixed-term, rather than life, after turning Stare informant and giving investigators valuable information about the Sicilian Mafia.
League leader Matteo Salvini said 90% of people were against Brusca's release, saying that "this is not the justice that the Italians deserve".
Falcone's sister, however, said she understood the decision.
"On a human level, it is news that pains me," Maria Falcon said.
"But this is the law and it is a law that my brother wanted, so it should be respected". (ANSA).