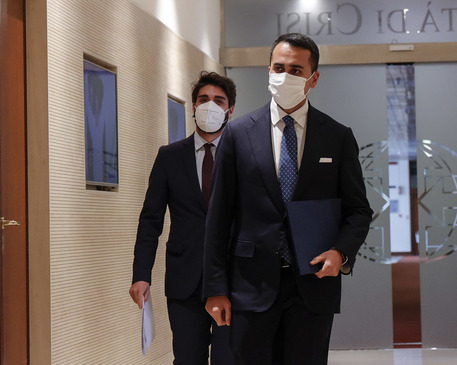 (ANSA) - ROME, MAY 18 - Foreign Minister Luigi Di Maio told an extraordinary EU meeting on the Middle East conflict Tuesday that "we condemn the indiscriminate launch of rockets from Gaza: it is unacceptable and must cease, just as calling into question Israel's right to exist is unacceptable. We recognise Israel's legitimate right to protect its population but the Israeli military response must be proportionate and aimed at preventing further civilian victims".
There have been 213 Palestinian deaths in Gaza as of Tuesday afternoon, including 61 children and 36 women, according to Gaza authorities.
Israel has reported 10 deaths including two children. (ANSA).