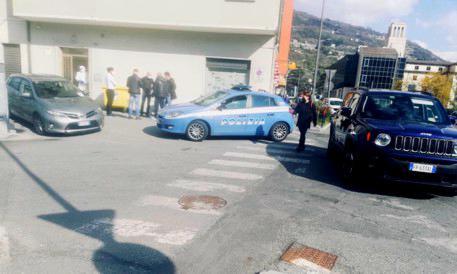 (ANSA) - AOSTA, APR 19 - Police are combing the sex-escort world of Aosta after a 32-year-old Romanian woman was found with her throat cut in a flat in the northern city at the weekend.
Friends and associates of Elena Serban Raluca are being questioned, judicial sources said.
All of Raluca's electronic devices including her phone and tablet were removed from the flat after her murder, probably because they held evidence of her killer, police said Monday.
Also missing from the flat was the murder weapon, probably a kitchen knife, police said.
The victim's sister told police she had come to Val d'Aosta from Tuscany for work reasons, and police said they could not confirm she was in the sex-work sector.
An autopsy has yet to be ordered.
Raluca was found in her bathroom with a deep cut to the throat shortly after dawn on Sunday.
A medical examiner put the time of death as Saturday afternoon-evening.
Police initially said they were examining the local prostitution world. (ANSA).