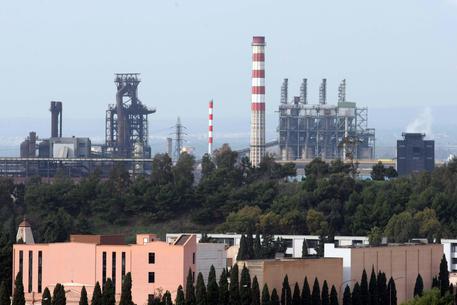 (ANSA) - ROME, APR 14 - The ArcelorMIttal steel group has sacked a worker at its controversial and polluting ex-ILVA plant in Taranto because he urged people to watch a TV mini-series on pollution at a steel plant.
The three-part serial, 'Svegliati amore mio' (Wake Up My Love), directed by Simona Izzo and Ricky Tognazzi, was broadcast on the flagship Berlusconi channel Canale 5 from 24 March to 7 April.
It is based on the true story of a mother who starts a campaign against a polluting steel plant after her daughter comes down with leukemia.
Pollution has long been a problem at the former ILVA works at Taranto, Europe's largest, and has been linked to higher than normal cancer rates in the Puglia city, especially among children.
ArcelorMittal Italia (AMI), which has had to close the plant on several occasions due to environmental concerns, on Tuesday reached a deal with shipbuilder Fincantieri and engineering firm Paul Wurth Italia (PWI) to reconvert the Taranto works with more eco-compatible technology.
The sacked worker, Riccardo Cristello, appears likely to be rehired after talks between the company and the labour ministry.
"I didn't offend anyone and there's no apology needed," he said after meeting the head of PR at the plant. (ANSA).