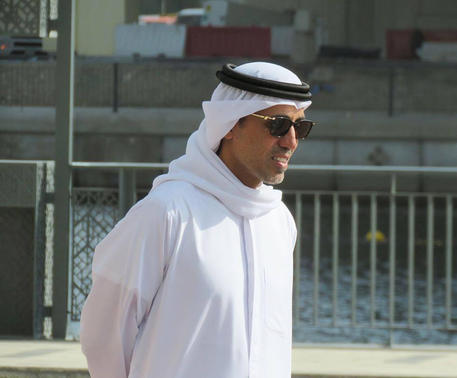 (ANSA) - BARI, APR 13 - An Italian woman says her son, kidnapped on the Salento peninsula in Puglia in 1977 at the age of six, is now a fabulously wealthy Arab sheikh.
Bianca Colaianni told Corriere della Sera she had recognised her son Mauro Romano as Sheikh Mohammed Al Habtoor, 52, son of the UAE magnate Khalaf Al Habtoor, by "a couple of scars on his body: one on his eyebrow, and the other on his right hand, which he got with an iron".
"I hope it's him," Colaianni told ANSA Tuesday, "because it would mean that he's still alive and no one ever killed him".
A DNA test would solve the riddle of his identity, Corriere said, but so far the emir has refused to take one.
Mauro's relatives are now planning to go to the Dubai to force the sheikh to take the test with the help of the Italian consulate there.
His parents have never stopped looking for Mauro since he went missing from Racale near Lecce on June 21, 1977.
Thanks to their tenacity, investigations have continued and recently found that the alleged kidnapper was a 79-year-old former barber who abducted the boy and allegedly passed him on to two individuals who have not yet been identified. (ANSA).