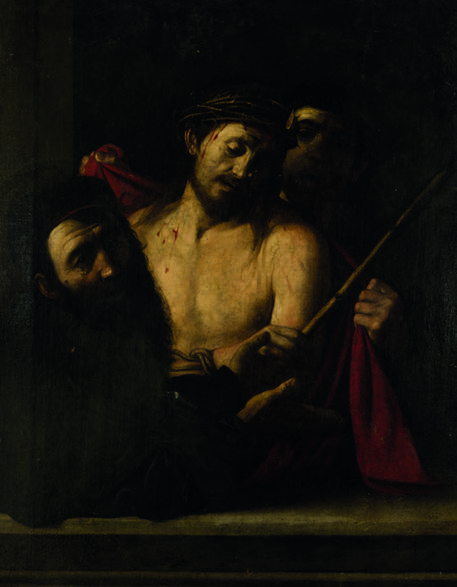 (ANSA) - ROME, APR 8 - Top Italian art critic Vittorio Sgarbi says he has discovered a lost Caravaggio at a Madrid auction house.
The painting, The Crown of Thorns or Ecce Homo, attributed to Spanish 17th-century master José de Ribero aka Spagnoletto, was due to go on sale at the Casa Ansorena auctioneers with a reserve price of just 1,500 euros Thursday, but has now been withdrawn after the owners "had doubts on its authorship", the house said.
Sgarbi was sent a picture of the painting by an artist friend last month who told him it was by Italian 17th century great Mattia Preti.
But as soon as he saw it Sgarbi said he recognised the hand of Caravaggio, the painter who revolutionised art in the post-Mannerist Baroque period and whose works are among the rarest and most prized on the art circuit.
"I see it, realise that the work is by Caravaggio and think that with the help of funding I can get it back to Italy," Sgarbi told the Italian press Thursday.
The Spanish State on Thursday confirmed media reports it had blocked the sale and export of the work and is reserving the right to buy it.
The Prado said Thursday: "if it's proven to be a Caravaggio then we're definitely interested in it".
The Palazzo Bianco museum in Genoa said any new attribution would not call into question that of its own Ecce Homo by Caravaggio, made by legendary art critic and historian Roberto Longhi in the 1950s.
The last rediscovered Caravaggio, believed to be his lost Judith and Holofernes, was valued at up to $170 million before a French auction in 2019, when a mystery bidder stepped in ahead of the sale to get it for an undisclosed price. (ANSA).