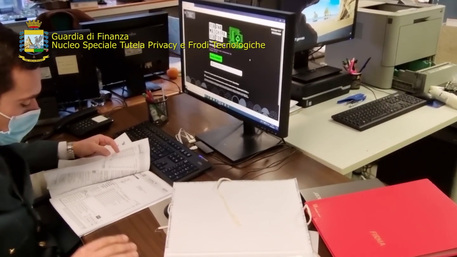 (ANSA) - ROME, APR 7 - A 40-year-old Milanese man hired a hitman on the Dark Web to disfigure his ex-girlfriend with acid and break her back so as to leave her in a wheelchair, Rome prosecutors said after arresting the man before the hit could be carried out Wednesday.
The man, a manager at Italian energy company Enel, allegedly paid the hitman around 10,000 euros in four installments, police said.
He was to have completed payments using Bitcoins, police said.
He was said to have paid the hitman to "cause very serious lesions to his ex", police said.
"The man had sought an Italian killer willing to break his ex-girlfriend0s back so as to leave her paralysed from the waist down and forced to get around in a wheelchair, as well as throwing acid on her face," said the arrest warrant.
Police said the man had not accepted the woman's decision to break off their relationship, which lasted from November 2018 to July 2020.
The man allegedly bombarded her with messages to try and meet up and get back together - activity for which he has also been charged with stalking.
He allegedly got in touch with the hitman on the Dark Web site "Internet Assassins", police said. (ANSA).