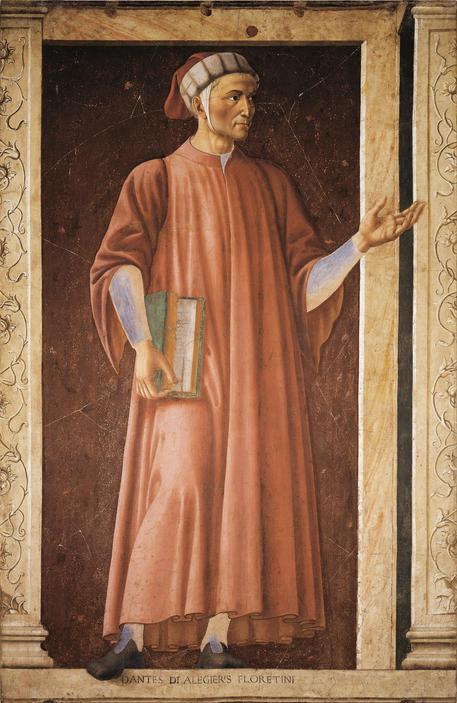 (ANSA) - ROME, MAR 18 - A famed portrait of Dante by Renaissance great Andrea del Castagno (1421-1457) has been restored to its former glory after six months of work at the Uffizi Gallery in Florence.
The portrait's bright colours have returned in a restoration led by the Opificio delle Pietre Dure workshop.
The portrait will now be the protagonist of a show in Forlì later this year, 'Dante - La visione dell'arte' (Dante, The Vision of Art), on the 700th anniversary of Italy's greatest poet's death.
Aftre the show the detached fresco will be shown at Castagno d'Andrea, in the Florentine hinterland town of San Godenzo, Andrea del Castagno's birthplace.
This was also the place where the 'Sommo Poeta' (Supreme Poet) decided to accept Florence's decision to exile him.
Uffizi Gallery Director Eike Schmidt said "it is perhaps the most famous portrait of Dante, an icon that is linked to Italian culture and spirit".
The restoration was funded by Linda Balent, of the US Friends of the Uffizi Galleries society.
"This is all the more significant," said Schmidt, "because Dante is also a universal poet, and his work is current everywhere in the world".
Marco Ciatti, superintendent of the Opificio delle Pietre Dure, said "our research project concerned the current conditions of the work, now restored, but it also involved a useful dive into the history of restoration".
Dante, author of the Divine Comedy and many other matchless works, was born in Florence c.1265 and died in exile in Ravenna on September 14 1321. (ANSA).