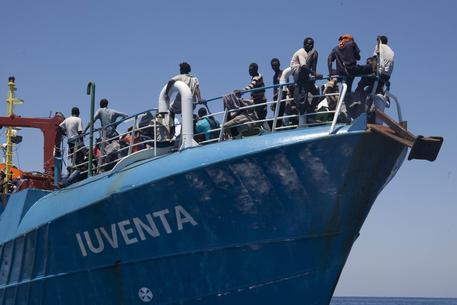 (ANSA) - ROME, MAR 3 - The prosecutors department in the Sicilian city of Trapani has notified three NGOs involved in rescuing migrants at sea and 21 individuals that it has concluded an investigation into alleged aiding of illegal immigration.
This move usually comes before prosecutors request indictments.
The NGOs are Save the Children, Doctors Without Borders (MSF) and German organization Jugend Rettet.
The Iuventa ship, which was running migrant-rescue operations for Jugend Rettet, was put under sequester in 2017 in relation to the probe.
MSF said the notification came a day after a Catania judge had sent it to trial for alleged felonies related to trash during its rescue operations.
"The decisions made by the judiciary within hours of each other come on top of numerous attempts to criminalize sea rescues," MSF said.
"Up to now none of the accusations have been confirmed but the capacity to rescue has been dangerously weakened". (ANSA).