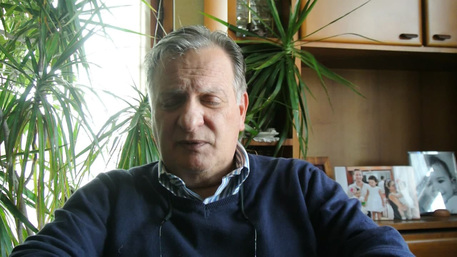 (ANSA) - ROME, FEB 23 - Luca Attanasio, the Italian ambassador to the Democratic Republic of Congo who was killed in an attack in the African country on Monday along with a Carabiniere police officer and a driver, was happy about the mission he was engaged in, his father Salvatore told ANSA on Tuesday.
"He told us what the objectives (of the mission) were," Salvatore Attanasio said at his home in Lombardy town of Limbiate.
"He was always a person who was focused on other people.
"He always did good. He was driven by high ideals and capable of involving anyone in his projects.
"He was able to make positive something that could seem unclear to me.
"He was honest, fair, we never had a row".
The 43-year-old diplomat, who had spoken of setting an example in a dangerous cause, is survived by wife and three young daughters.
Salvatore Attanasio spoke of the she he felt when he learned the news of his son's death.
"The memories of a lifetime passed by in 30 seconds," he said.
"The world caved in on us.
"Things like this are unjust. They should not happen.
"Life is over for us now.
"It necessary to think of the grandchildren now.
"These three kids had green pastures ahead of them with a father like that.
"They don't know what has happened yet.
"Their mother, Luca's wife, is devastated by the pain too".
(ANSA).