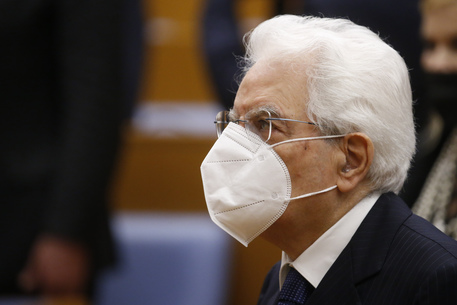 (ANSA) - ROME, FEB 10 - President Sergio Mattarella on Wednesday recalled the horror of the Foibe on Remembrance Day for the massacre of the thousands of Italians by Tito's partisans in ethnic cleansing at the end of WWII.
"The horror of the Foibe strikes our consciences," he said.
"The suffering, deaths, uprooting, and exodus forced on tens of thousands of families in the areas of the eastern border, of Istria, of Fiume, of the Dalmatian coasts, are inscribed with an indelible mark," said the head of State.
"The crimes against humanity unleashed in that conflict did not exhaust themselves with the liberation from Nazi-Fascism, but continued in their persecution and violence, perpetrated by another authoritarian regime, the Communist one".
February 10 is the 'National Memorial Day of the Exiles and Foibe'.
The 'foibe' refers to mass killings mainly in Friuli-Venezia Giulia , Istria and Dalmatia during and after World War II against the local Italian population.
Foibe are narrow Carsic pits or gorges into which victims were thrown, sometimes alive.
As many as 15,000 Italians were tortured or killed by Yugoslav communists who occupied the Istrian peninsula during the last two years of the war.
Many of the victims were tossed into the Foibe during anti-Fascist uprisings in the area and the exact number of victims of these atrocities is unknown, in part because Tito's forces destroyed local population records to cover up their crimes.
Last July Slovenian President Borut Pahor became the first leader of a former Yugoslav country to mark the Foibe massacres.
Pahor joined Mattarella in laying a wreath at the Basovizza Foiba, where 2,000 Italian soldiers and civilians are believed to have died at the hands of the Communist partisans.
Pahor and Mattarella also signed a deal returning the Narodni Dom or House of the People, torched by Fascists in 1920, to Trieste's Slovenian community.
Mattarella and Pahor also honoured local author Boris Pahor (no relation), 107, who has written books that stood witness to the terrible WWII events.
On Wednesday several centre-right Italian politicians recalled that the former Italian Communist Party (PCI) played a large part in airbrushing the Foibe from Italian history, and called for vigilance to make sure this would nerer happen again.
(ANSA).