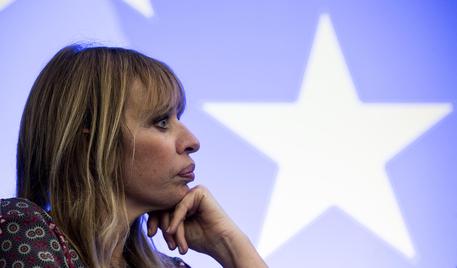 (ANSA) - ROME, FEB 3 - A great-grandson of Fascist dictator Benito Mussolini has earned a place in the youth squad of Roman Serie A club Lazio.
Romano Floriani Mussolini, the 18-year-old son of rightwing former MEP Alessandra Mussolini, is as a fullback or central defender in Lazio's Primavera squad and may soon make his competitive debut.
The young man, who is in his last year at prestigious Rome school for expats St George's British School, has earned his place on merit, says Primavera coach Mauro Bianchessi.
"Surnames doesn't count for me, players play on merit," he said.
"He's a good lad, he was part of the squad before I arrived.
He's very good at school, he shows great intelligence".
"He's not quite ready yet, he has room for growth, but he could become a real player".
Mussolini was previously in the youth set-up of Lazio's city rivals AS Roma.
Mussolini's parents are Trenitalia rail company manager Mauro Fiorani and Alessandra Mussolini, the granddaughter of the Duce and former actress who was a long-time MEP for ex-premier Silvio Berlusconi's centre-right Forza Italia party after previously heading her own far-right group.
Alessandra Mussolini recently starred on Italy's version of Dancing with the Stars despite clashes with a gay judge who criticised her for saying on another show in the past that it was "better to be a Fascist than a qu**r".
in 2014 Mauro Fiorani plea-bargained a suspended sentence of a year in jail after admitting using the services of a 15-year-old prostitute in Rome's chic Parioli district whose age he said he was unaware of. (ANSA).