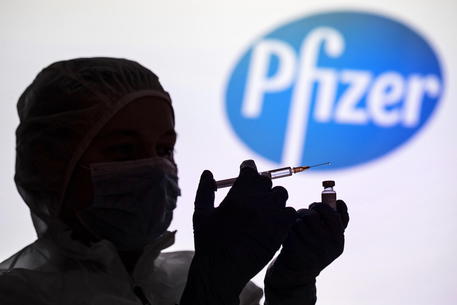 (ANSA) - ROME, JAN 25 - Deputy Health Minister Pierpaolo Sileri has said that the government has had to revise its COVID-19 vaccination plan due to a reduction in supplies from Pfizer, adding that it is currently focusing on making sure people who have had their first dose get their second in time. Sileri said almost 1.38 million vaccine doses had been administered in Italy, 74.4% of the total delivered so far, and 100,863 people have had their second doses.
"The available doses will be primarily used to make sure people who have had the first get the second one in time," he said.
The deputy minister has said that the move by Pfizer and the announcement by AstraZeneca that it will not provide as much of its vaccine as it had pledged when it is approved by the EU will mean over-80s will be vaccinated four weeks later than previously planned.
He said the delay will be of six to eight weeks for the rest of the population.
Premier Giuseppe Conte confirmed at the weekend that his government intends to take legal action over the pharmaceutical companies' failure to meet their vaccine pledges. (ANSA).