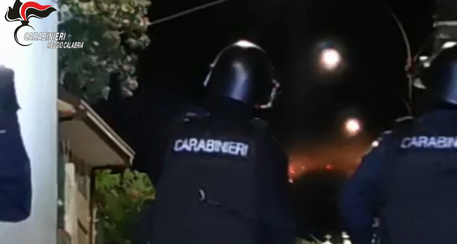 (ANSA) - REGGIO CALABRIA, JAN 18 - Italian police on Monday arrested 49 people including a mayor in an operation against the Calabria-based 'Ndrangheta mafia.
The sweep took place at Messina, Vibo Valentia, Salerno, Matera, Brindisi, Taranto, and the two northern cities of Alessandria and Pavia.
Those arrested are accused of a range of mafia crimes including drug trafficking, attempted murder, usury, illegal weapons possession and vote buying.
The mayor of the Calabrian city of Rosarno, Giuseppe Idà, was placed under house arrest.
Police said he was elected in 2016 with the backing of the local Pisano clan.
A Rosarno town councillor, Domenico Scriva, was also placed under house arrest.
The officials are accused of mafia vote buying.
The biggest ever trial against 'Ndrangheta, Italy's richest and most powerful mafia, opened last week in Vibo Valentia.
Some 350 local mobsters and their alleged white-collar accomplices face over 400 charges in the largest Mob trial since the 1986-92 maxi-trial of Cosa Nostra in Sicily.
'Ndrangheta, which controls the European cocaine trade, has taken over from its Sicilian cousins as top Italian mafia outfit.
The other main mafia is the Camorra, in Campania around Naples.
(ANSA).