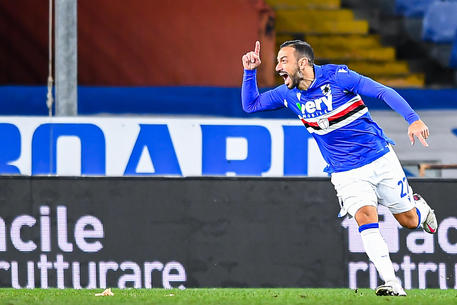 (ANSA) - GENOA, JAN 7 - Former Italy striker Fabio Quagliarella on Thursday ruled out a return to Juventus from his current club Sampdoria.
The 37-year-old, who scored nine goals in 28 Italy internationals between 2007 and 2014, was at Juve from 2010 to 2014, scoring 23 goals in 84 games.
After two years at Torino, he joined Samp in 2016 and has scored 78 goals in 166 appearances for the Genoa side.
His recent fine form has spurred rumours that the Bianconeri were set to offer him a place in their star-studded line-up.
On Thursday Quagliarella quashed the reports saying on Instagram: "If you have given so much and received even more, if every time you feel the emotion beating in your breast, it means that there are ties stronger than everything, that go beyond flattering courtship, that put current news in its place and respect history. I think, live and play like this. #ForzaSamp".
(ANSA).