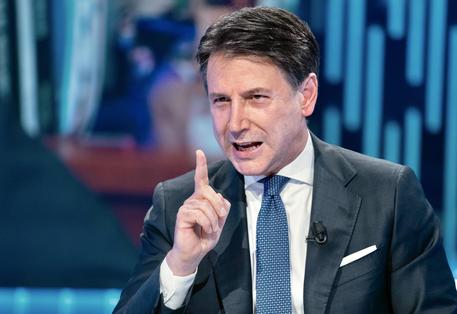 (ANSA) - ROME, DEC 3 - Premier Giuseppe Conte's cabinet approved a draft decree banning travel at Christmas at a meeting overnight in a bid to stop the festive season feeding a third wave of COVID-19 contagion, sources said Thursday.
According to the draft decree, which is expected to be definitively approved after talks with Italy's regional governments on Thursday, movement between regions will be banned from December 21 until the Epiphany national holiday on June 6.
People will not be allowed to transfer to their holiday homes.
Furthermore, it will not be possible to move outside one's town or city of residence on Christmas Day, St Stephen's Day and New Year's Day, sources said.
The government is also set to maintain the current night curfew, with people not allowed out of their homes from 10pm until 5am, except for work or health reasons or other urgent situations.
That means, among other things, it will not be possible to attend the traditional Christmas midnight mass.
On New Year's Eve-Day the curfew will run a little longer, until 7am.
As is currently the case in regions that are not red or orange high-risk contagion zones, restaurants and bars will be ale to be open until 6pm , including on Christmas Day.

But people who choose to spend New Year's Eve in a hotel will not be able to have supper in the dinning room, as they decree says meals must be provided via room service on that night.
Debate was reportedly fiery at the cabinet meeting with ex-premier Matteo Renzi's centrist Italia Viva (IV) party calling for softer limitations.
But the two biggest groups in the ruling coalition, the 5-Star Movement and the centre-left Democratic Party (PD), stood firm in demanding a harder line as did the left-wing LEU group, the sources said.
The cabinet also decided to keep Italy's high schools closed until January 7, with classes being taught via distance learning, the sources said. In the new year high-school students will have lessons split 50-50 between classes in school and distance learning.
The government has resisted intense pressure from Italy's Alpine regions to open the nation's ski slopes for the Christmas holidays too.
Under the new decree, which will be in force until January 15, it will only be possible for non-professionals to go skiing again on January 7.
Italy's shopping centres will have to remain closed at weekends too.
Cruises will be barred from December 21 until January 6. (ANSA).