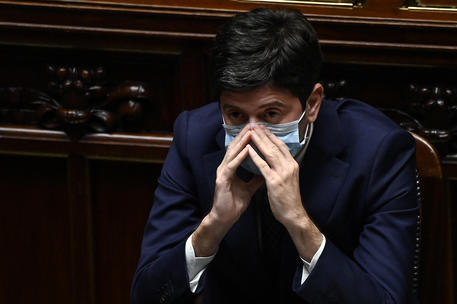 (ANSA) - ROME, 30 NOV - Health Minister Roberto Speranza has said that he expects the nationwide curfew, which kicks in at 22.000 and runs until 6:00 every day as part of the government's effort to combat COVID-19, to still be in force at Christmas and on New Year's Eve..
"It's a measure that is in force and I think it should be confirmed," Speranza told Mediaset television.
"It is a measure that has enabled us over the last few weeks to start the gradual, tough path of bringing down the (contagion) curve".
When asked if the curfew will be valid even for the faithful going to midnight mass, Speranza replied: "if there's a curfew, there's a curfew".
"It won't be a Christmas like all the others," he continued.
"We have to speak the truth.
"We are in the middle of a highly significant epidemic".
Premier Giuseppe Conte's government is expected to issue a decree later this week featuring the rules that will be in force during the festive season and what restrictions will apply regarding issues such as movement between regions and the opening of shops, bars and restaurants.
Talks are ongoing both within the government and with the nation's regional governments, with the governors set to hold a meeting on Monday to try to agree on a common line.
During the television interview, Speranza also said that he was against an eventual COVID-19 vaccine being obligatory, saying the government would stage a "big campaign of persuasion".
(ANSA).