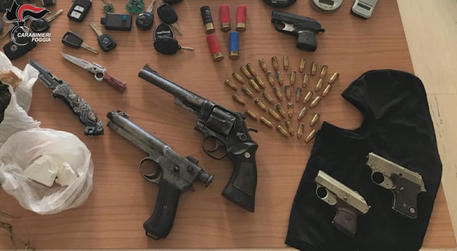 (ANSA) - BARI, 26 NOV - A preliminary hearings judge on Thursday sentenced 25 members of the Foggia mafia to prison terms of up to 18 years.
Those convicted included bosses who had ordered the extortion of local businessmen, and attacks on them.
They were found guilty of mafia association, extortion and aggravated robbery, illegal weapons possession and attempted murder.
The judge awarded damages to victims of extortion including local authorities and a businessman victim of extortion who had reported racketeers to the police.
National Anti-Mafia Prosecutor Ferdinando Cafiero De Raho said last week that the mafia in Foggia has become Italy's public enemy no 1.
"The Foggia mafia has become the top enemy of the State," he said at a press conference on an operation in which 38 suspected mafiosi were arrested.
De Raho said the police response to the local mafia had been "strong" since a quadruple murder on August 9 2017.
"Since then 60 anti-mafia operations have been carried out, 400 people arrested, and dozens of tonnes of drugs seized".
The Puglia mafia is called the Sacra Corona Unita (United Holy Crown, SCU).
The SCU is Italy's fourth and smallest mafia.
The others are Calabria's 'Ndrangheta, Sicily's Cosa Nostra, and Campania's Camorra. (ANSA).