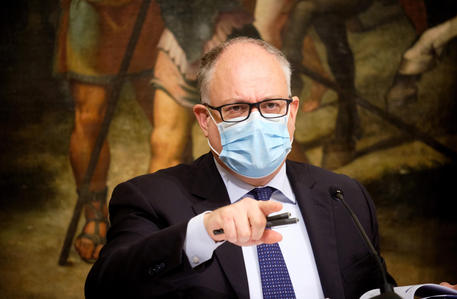 (ANSA) - ROME, 20 NOV - Italy is not behind with its Recovery Plan to qualify for its chunk of the EU's huge Recovery Fund for COVID-19, Economy Minister Roberto Gualtieri said Friday.
Italy's Recovery Plan will arrive "within the established timeframe," Gualtieri said.
"We are working with great intensity and we are talking to the European Commission, like other countries," he said.
"No country has presented its final plan, they are all working with the Commission to fine tune the projects and we are doing so rather intensely." Gualtieri reiterated his belief that a veto from Hungary and Poland due to the fund's conditionality on rule of law issues can be overcome next month.
Hungary and Poland's vetoing the EU's COVID Recovery Fund due to conditionality on rule of law is "improper" Gualtieri has said.
The minister described the position of Poland and Hungary as "doubly improper" both in contents, because a "balanced compromise" had been reached on rule of law, and because "it transfers dissatisfaction" from a non-veto procedure to "a veto on one's own resources".
Gualtieri said the whole of the EU needed the 750 billion euros Next Generation EU scheme to get off the ground.
He repeated he was "confident" the dispute could be resolved next month.
"An OK for the rules of the Recovery Fund is possible in December", he said.
As well as vetoing the Recovery Fund because of alleged interference in their controversial rule of law policies, Poland and Hungary also vetoed the EU's multi-year budget, for a total of 1.8 trillion euros.
Slovenia has shown support for their stance.
European Affairs Minister Enzo Amendola denied reports that there was "alarm" in the EU over an alleged delay in Italy's plans to get its 209 billion euro chunk of the Recovery Fund.
Premier Giuseppe Conte described the "alarm" report by an Italian daily as "fake news". (ANSA).