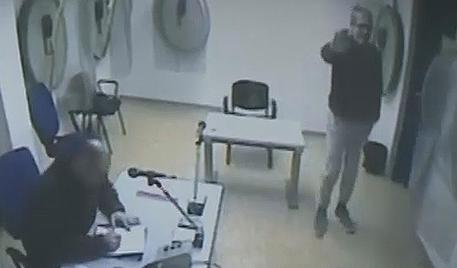 (ANSA) - ROME, 20 NOV - Italian police on Friday seized some 27 million euros in goods and property from Massimo Carminati and Salvatore Buzzi, the protagonists of the sprawling Rome corruption case dubbed 'Middle World'.
Among the property seized are 13 pieces of real estate and plots of land in and near Rome.
Thirteen cars were also impounded.
Police also seized 69 valuable works of art from major artists in some of the 20th century's main movements including Pop Art, Nouveau Réalisme, Futurism and Surrealism.
Buzzi and Carminati were released from house arrest and jail respectively this summer after a a judge ruled that the maximum amount of time they could be deprived of their freedom before a definitive verdict on their case had run out.
Former leftwing cooperatives kingpin Buzzi and former rightist militant and ex-gangster Carminati were the ringleaders of the Middle World case.
The case was initially dubbed 'Mafia Capitale' because prosecutors said the affair, in which a gang got its hands on city contracts worth millions, ranging from the running of Roma and migrant camps to waste management and maintaining green areas, regarded organized crime.
But last year the supreme Cassation Court quashed mafia convictions and ordered an appeals court to reset jail terms in the case.
Buzzi, a former honcho in leftwing cooperatives and well-connected political operator, had originally been sentenced to 18 years and four months in jail.
Carminati, ex-member of the NAR right-wing terrorist group, was given a term of 14 years and six months.
'Middle World' refers to Carminati's nickname for the demi-monde of politicians, blue-collar workers and criminals he operated in. (ANSA).