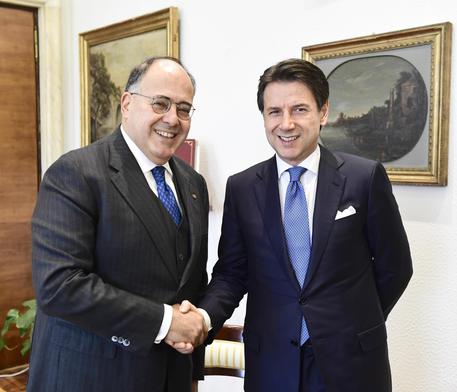 (ANSA) - ROME, 16 NOV - Eugenio Gaudio, the former dean of Rome's La Sapienza University, is set to be appointed Calabria's new health commissioner, sources said Monday.
Gino Strada, the founder of medical-aid NGO Emergency, could get the role of consultant to flank Gaudio, the sources said.
Giuseppe Zuccatelli said Monday that he has resigned as Calabria's health commissioner at the request of Health Minister Roberto Speranza.
Zuccatelli was appointed to the post earlier this month after his predecessor, Saverio Cotticelli, resigned following a car-crash TV interview in which he admitted his had not known it was his job to prepare the region's anti-COVID plan.
But Zuccatelli himself soon found himself at the centre of a furore after a video emerged from earlier this year in which he said using facemasks was pointless.
At the weekend, Strada said he had told the government he was willing to take on the commissioner post after being sounded out by Premier Giuseppe Conte but the administration has not gotten back to him. (ANSA).