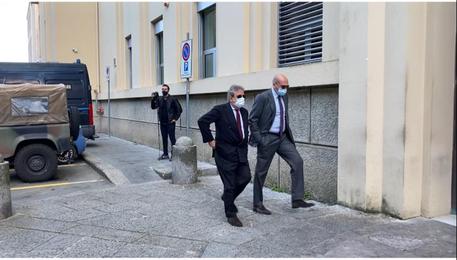 (ANSA) - REGGIO CALABRIA, NOV 11 - The acting boss of one of the most powerful clans in Italy's richest and most powerful mafia, the Calabria-based 'Ndrangheta, has started collaborating with police from his prison cell, police said Wednesday.
This is a major breakthrough as he is the first 'Ndrangheta boss to help police.
The Calabrian organisation's rule of silence or 'omertà' is even tighter than that of Cosa Nostra in Sicily, its older but less powerful cousin.
Maurizio Cortese, considered to be the 'regent' of the Serraino clan, has decided to become a confidential informant, judicial sources said.
Police said they hoped his turning state's evidence will help them fight 'Ndrangheta, which controls the European cocaine trade and has infiltrated the economies of Italy and many other countries. (ANSA).