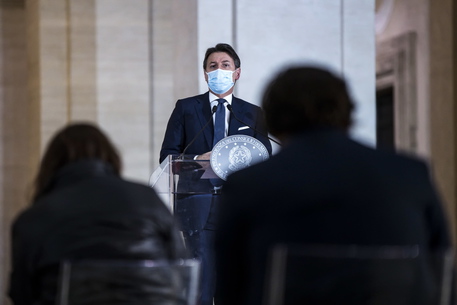 (ANSA) - ROME, OCT 19 - Premier Giuseppe Conte has made waves by expressing scepticism about whether Italy should apply for around 36 billion euros in low-interest loans from the European Stability Mechanism to spend on the nation's health system.
The issue has split the alliance supporting Conte's government.
The centre-left Democratic Party (PD) and ex-premier Matteo Renzi's centrist Italia Viva (IV) are in favour of taking the money from the EU's bailout fund but the 5-Star Movement (M5S) is against out of fears the cash could come with strings attached further down the line.
Conte said the ESM money was not a panacea, arguing the interest saving would be limited and there was a risk of further adding to Italy's huge public debt and having to bring in new taxes and spending cuts in the future to bring the debt down.
He also said, however, that his government would ask for the money if it needed it.
The comments prompted a frosty response from the PD and IV.
"Time will show that this decision is a big political mistake and, above all, harmful to the Italian people," said Renzi.
(ANSA).