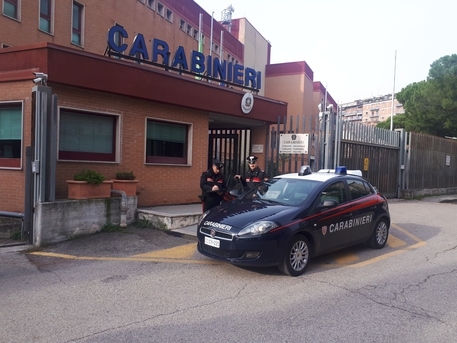 (ANSA) - PESCARA, OCT 19 - An 18-year-old boy is in a coma after an apparently motiveless bating by a teen gang at Lanciano near Pescara in Abruzzo.
The local boy was attacked near Lanciano station by a group of five teens including some minors, police said.
He is in a chemically induced coma at Pesca hospital after surgery to reduce an haematoma caused by a blow to the head, medical sources said.
Hospital sources said he was in a critical condition.
The attack took place, police said, in an area where teenagers congregate and where the use of alcohol and drugs is common.
The boy was with two friends including an underage girl when they were set upon by the gang "for futile reasons", police said.
The two friends managed to get away while the boy was felled by the punch to the temple, police said.
Lanciano Mayor Mario Pupillo said "the very serious episode of violence leaves us stunned and speechless".
There has been a wave of youth gang street violence in Italy recently.
The beating death of a 21-year-old Italo-Cape Verdian chef, Willy Monteiro Duarte, in Colleferro near Rome, allegedly by a gang including two mixed martial arts specialists, shocked Italy last month. (ANSA).