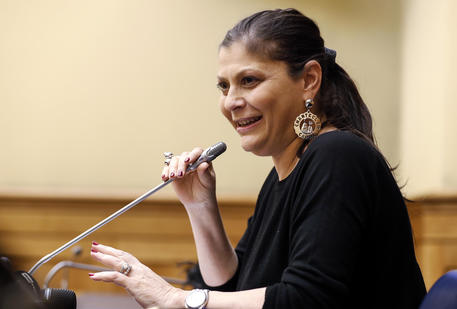 (ANSA) - ROME, OCT 15 - Calabria Governor Jole Santelli died overnight at her home in Cosenza, sources said on Thursday.
She was 51.
Santelli was said to have suffered a bad turn during the night.
She had been fighting cancer for several years.
A member of Silvio Berlusconi's Forza Italia (FI) party, Santelli led a centre-right coalition to victory in regional elections in February to become Calabria's first woman governor.
"A painful loss!" said Premier Giuseppe Conte via Twitter.
"The passing of Jole Santelli is a deep wound for Calabria and all the State institutions.
"My thoughts and heart-felt condolences go to her relatives".
Santelli had been a member of FI since its early days in 1994.
She was justice undersecretary in the second Berlusconi government from 2001 to 2006.
She was also labour and social policies undersecretary between May and December 2013 in Enrico Letta's grand-coalition government.
Tributes to her poured in from all sides of Italy's political spectrum.
"The death of Jole Santelli pains me deeply," said Gianni Pittella, a Senator for the centre-left Democratic Party (PD).
"Jole was a woman capable of fighting fearlessly in politics and in life".
Berlusconi said Santelli's death left "an immense hole in our souls".
"She was a true, intelligent, loyal friend, a passionate woman, a tenacious fighter," he continued.
"She was close to me in the difficult moments.
"She was afraid of nothing, not even illness and suffering.
"She was able to put generosity, intelligence and culture into her political efforts like few others". (ANSA).