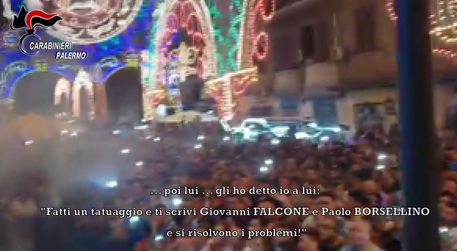 (ANSA) - PALERMO, OCT 13 - Italian police on Tuesday made 20 arrests after protection racket victims in Palermo spoke out after years of silence and reported their mafia extortionists.
Twenty bosses, clan members and Mob enforcers were arrested by Carabineri after shopkeepers in Palermo's Borgo Vecchio district rebelled against the extortion rackets.
They have been placed under investigation for mafia association, conspiracy to traffic drugs, rob and received stolen goods, attempted aggravated homicide, extortion and damages.
Police have established more than 20 episodes of extortion by the Cosa Nostra racketeers, judicial sources said.
Some 13 of these cases were uncovered after victims spoke out, police said.
In a further five cases victims said they had been forced to pay the Mob after being called in by investigators.
Police said breaking the wall of silence was an "extraordinary result" in a district where fear had allowed Cosa Nostra to enforce a blanket control of businesses.
Most of the arrests were among the Borgo Vecchio mafia clan but the 'mandamento' of Porta Nuova was also implicated, police said.
Among those arrested was the acting boss of the Borrgo Vecchio clan, Angelo Monti.
Monti was released from prison three years ago and had gone back to his lead role in the family, police said. (ANSA).