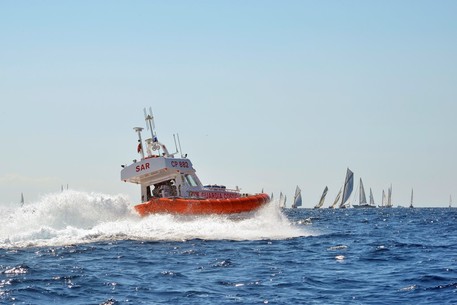 (ANSA) - ROME, OCT 6 - Premier Giuseppe Conte's cabinet has approved a new package that overhauls former interior minister and League leader Matteo Salvini's controversial migrant-and-security decrees.
Among other things, the Salvini-drafted legislation featured million-euro fines for NGO migrant-rescue ships defying entry bans The new decree brings those fines down to a maximum of 50,000 euros. and boosts the migrant-reception system, introducing a special protection regime for refugees.
It reduces the maximum period for the processing of citizenship applications from 48 to 36 months too.
The package also introduces the possibility of people being banned from certain areas if they are involved in violence in night-life zones after the case of Willy Monteiro Duarte, a 21-year-old who was beaten to death at Colleferro, near Rome, last month.
"These lot spend their time dismantling things, rather than constructing them," Salvini said.
"From what I've read, I'd call it the 'illegal immigrants' decree.
"We are going back to the free-for-all of illegal immigration, permits gifted to anyone walking down the streets and thousand-strong migrant landings". (ANSA).