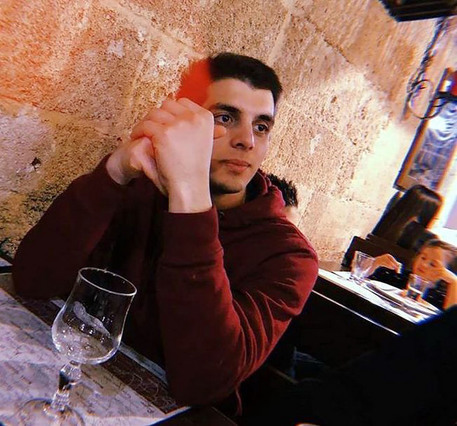 (ANSA) - ROME, SEP 29 - A 21-year-old man detained over the murder last week of a young couple in Lecce has confessed, sources at the prosecutor's office said Tuesday.
The suspect, Antonio De Marco, is a nursing student who used to live in the same house as the victims - Daniele De Santis, a young soccer referee, and Eleonora Manta, a civil servant.
"The action was conducted with cruelty and the total absence of any feeling of compassion towards others," read the order for the suspect to be detained.
According to prosecutors, after stabbing the victims many times in their home, he followed them as they desperately tried to escape before finishing them off on the stairs of the building they lived in.
Several witnesses reported the victims' screams during the attack.
Prosecutors suspect De Marco planned the murder long before committing it.
This is shown by a map with a route on how to reach the murder scene without being filmed by video cameras.
Sources said De Marco told investigators that the reason he killed the couple was because they were "too happy".
Provincial Carabinieri Commander Paolo Dembech said it was possible the motive for the murder stemmed from the time De Marco rented a room in the flat owned by De Santis.
Dembech said the suspect was able to enter the flat because he still had a copy of the keys.
De Marco is thought to have lived in the flat for almost a year.
Then Manta moved in and they were flat mates for at least two months, although relations seem to have been strained and De Santis decided not to renew De Marco's rental agreement and keep the home for himself and his partner.
Investigators said De Santis sent a message to Manta in July telling her that De Marco had asked to return to the flat.
The couple had commented that the previous cohabitation "had not been without difficult situations". (ANSA).