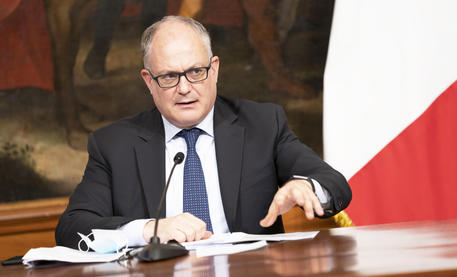 (ANSA) - ROME, SEP 2 - Italy's GDP will drop by over 8% this year, Economy Minister Roberto Gualtieri said Wednesday.
He said this was much better than previous forecasts of a drop of 11-13%.
Those forecasts, he said, had been done before the length of the COVID lockdown was known.
After a big contraction in the second quarter, Gualtieri said there would be a "strong rebound" in the third quarter.
The minister reiterated that the government would implement a major tax reform.
He said this would start by cutting the tax wedge.
"There will be a big rebound in the third quarter, and we will press ahead with the tax reform," he said.
The government is lining up projects for a national recovery plan to take advantage of the biggest chunk, some 200 billion euros, of the European Union's 750 billion COVID Recovery Fund next year.
The European Commission is confident that Italy will be up to the challenge posed by the COVID emergency and will make the best use of the EU's Recovery Fund, Commissioner for Economic Affairs Paolo Gentiloni said Tuesday in addressing the House on the priorities the government must indicate to tap into the fund.
He said we are in a phase of relaunching the economy but a general "climate of uncertainty" reigns, also in Italy.
"We are confident that the country will be up to the challenges", said Gentiloni.
The Commission, he said, asks the Italian government, in compiling its reform programme, "to indicate its choices within the framework of priorities".
It should not just issue a spending list, Gentiloni said.
Italy has a unique chance to restart by getting the largest chunk of the 750 billion fund, he said.
"Let us not think we can use the 200 billion to cut taxes, it would really be the wrong message," he said. (ANSA).