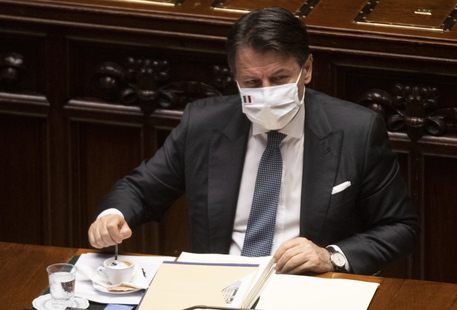 (ANSA) - ROME, 29 LUG - Premier Giuseppe Conte on Wednesday defended the government's decision to extend the coronavirus state of emergency until October 15 and hit back at critics who said the government was abusing its powers.
He said it was "grave" to say that the government's decision amounted to "liberticide", apparently referring to comments by Giorgia Meloni, the leader of the opposition, rightwing Brothers of Italy (FdI) party, as he presented the move to the Lower House.
The premier reiterated that he considered the move to be inevitable given that COVID-19 continues to circulate in Italy and the fact that the situation is deteriorating in many parts of the world.
He said the move does not mean the government intends to reintroduce a lockdown and it should not be seen as an alarm signal.
"On social media some citizens are convinced that extending the state of emergency means bringing back the lockdown as of August 1," Conte said.
"That is not the case".
The state of emergency, among other things, gives special powers to governors and other public bodies, making it possible, for example, to create 'red zones' sealing off areas where an coronavirus outbreak has occurred.
It also makes it possible for the government to stop flights to and from countries with a high incidence of contagion.
As a result, people who are from, or who have passed through, 16 'at-risk' States are not allowed into Italy at the moment.
(ANSA).