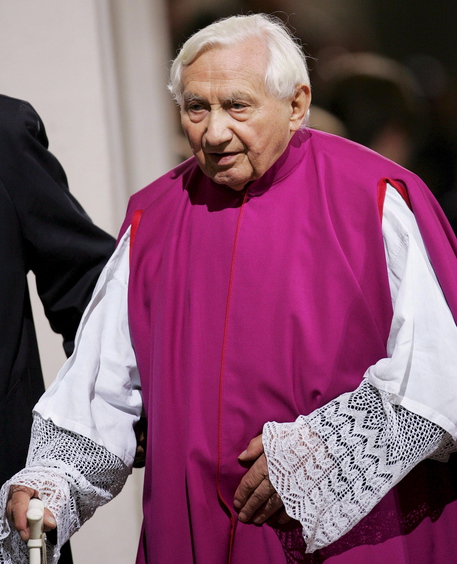 (ANSA) - VATICAN CITY, JUL 1 - Georg Ratzinger, the older brother of former pope Benedict XVI, died at his home in Germany on Wednesday aged 96, Bild reported.
Georg, three years older than the former Joseph Ratzinger, was a Catholic priest and choir master at the famed boys' choir in his native Regensburg.
He was very close to his brother, who visited him recently.
Benedict abdicated in 2013, the first pope in 800 years to do so, and became pope emeritus, being succeeded by Pope Francis.
(ANSA).