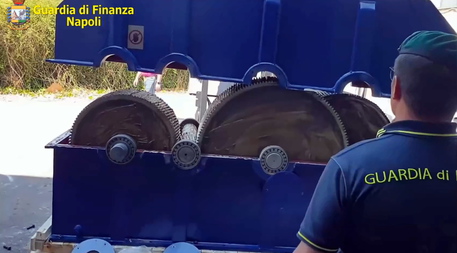 (ANSA) - TARANTO, JUL 1 - Italian police on Wednesday seized 14 tonnes of drugs produced by ISIS in Syria to fund terror, in the port of Salerno south of Naples.
The drugs were amphetamines and a synthetic drug called captagon, which is used across the Middle East to ease fear, fatigue and pain among fighters, and which was found in the lair of the 2015 Bataclan terrorists in Paris. Capragon has been dubbed "the ISIS drug" or "the Jihad drug".
The 84 million pills, the biggest haul ever, had a street value of over one billion euros, they said.
The drugs were hidden in paper cylinders for industrial use, and machinery built in such a way as to elude scanners, police said.
ISIS uses captagon and other amphetamines for all its fighters, and controls its distribution across the Middle East. (ANSA).