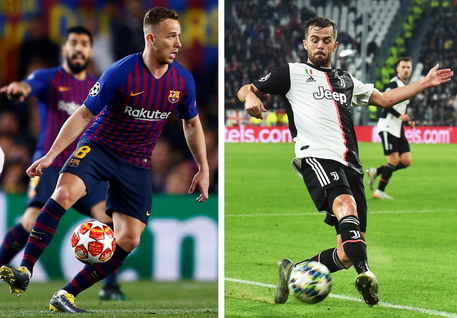 (ANSA) - ROME, JUN 30 - Bosnia midfielder Miralem Pjanic has moved to Barcelona from Juventus and Brazil midfielder Arthur has gone the other way, from Barca to Juve, in a swap deal.
Both players will stay with their old teams until the end of the season, however.
Former Roma player Pjanic, 30, was sold for 60 million euros plus five million in bonuses.
Arthur, who turns 24 in August, was reportedly valued at around 22 million euros.
Pjanic has 92 Bosnia caps and 15 goals for his country.
Arthur has 20 Brazil caps. (ANSA).